Wow! Black Friday was cra-a-zy (word of the day) this year. Unlike last year, this year I did not have something I really, really wanted to get but I ended up at walmart x3 (between 9.30 and 12.30am), Target, K-mart, Walgreens and Rite Aid. Last year, it was time to replace our big behind TV (anyone want it? it’s totally free and it works although once in a while, it needs a pat on the side) and so I did line up sort of, and got the $199 TV! This year, it was a matter of it would be nice if I got this and that, if I don’t, that’s fine. That was the attitude before I left the house @ 9.30pm
First stop, Walmart, No parking, people were parking in crazy places and crossing a 55 miles an hour highway, at night?? No way! So, I decided to go to the next Walmart, there was parking, but you had to walk forever. I knew things were bad when I saw cops, no carts and the cashiers lines were already crazy. It is 10 pm. By that time, I had decided, I wanted the stuff on my list so bad (ha! ha! a woman is allowed to change her mind) I went round Walmart, squeezing through, and all I got was a kids game (which was NOT in my list) but I took it, because it was the last one. As I was walking with it and telling myself that there is NO way I am going to line up for hours just to buy this cheap game (while looking at clothing which was on my list), this woman asked me where I got the game from. That was the Lord telling me to stop being stupid and I gave it to her, she was soo happy, she could not believe it. And with that, I left and decided to go home. On my way home, I saw Walmart and decided to stop by and just see if there was anything left and indeed, everything on my list was at this Walmart except the elusive crock pot and one other thing which was available online 🙂 Came home after mid night, slept, woke up, and headed to the other stores. I know it is super crazy, but next year, I will be back again! I think it was more fun though when Black Friday started at 5am. 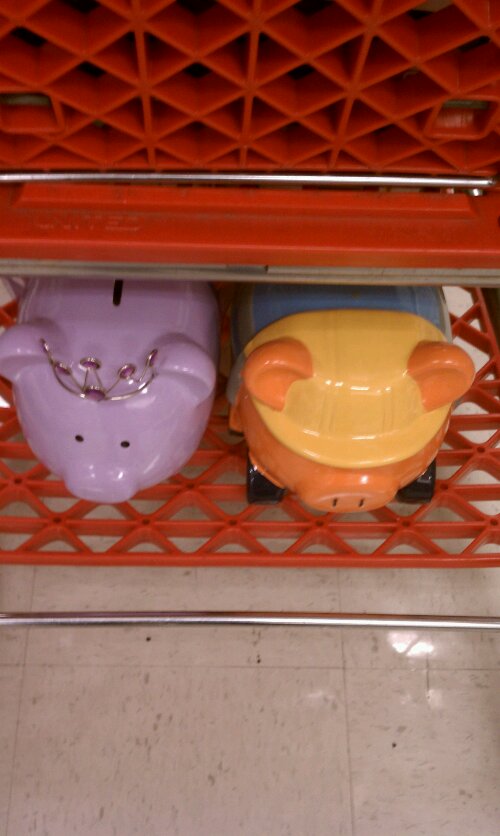