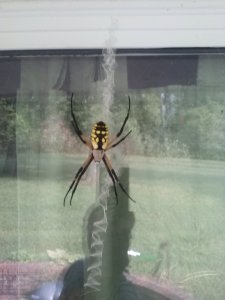 I was obsessed with Goldie. And who is Goldie you might ask? Goldie is the spider that I opened the door and she was right there, waiting for her prey. I named her Goldie after my friend commented and said she had a spider who looked the same and she had named her Goldie. I would watch her for minutes on end, take several pictures. I then had to choose between Goldie and my life, and I forced her to move. I did not kill her, just relocated her.
Soccer has been going great for RT. We have won both games! During the games, all three coaches show up with clip boards and all, taking notes, let me just say, baby girl is getting select soccer for the price of recreational soccer. The coaches are awesome, I cannot complain. The boy on the other hand is having fun. Let’s just say, it is recreational soccer, it’s all good. They also won both their games.
I have started studying again and taking my time to absorb all this statistics and praying I remember it all when it counts. I did ask my professor for a study guide and she was like study the decision tree! 🙂
Have a great week. 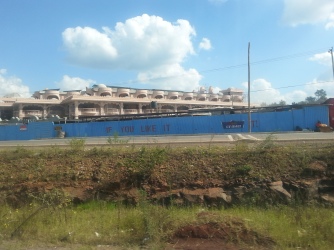